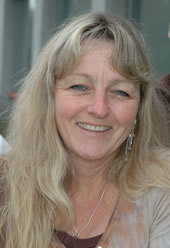 Throughout the years, Liz has demonstrated her passion and dedication to living the principles of, and building knowledge about, restorative justice.

She has contributed to the theory and practice of restorative justice in Canada and internationally, in numerous capacities, through influencing and supporting generations of people across broad and diverse organizations and communities.

In 1998, she co-founded, with Professor Robert Gordon, the Centre for Restorative Justice at Simon Fraser University and developed its first restorative justice course. Through it, over 1,000 students have been educated about the theory, values and principles of restorative justice.

Aside from her numerous students, she also mentored many graduate students who have learned a great deal from her about restorative justice principles before launching their own careers with this fundamental knowledge ingrained.

In addition, she established and launched a Certificate specializing in Restorative Justice at Simon Fraser University. The certificate is the first of its kind.

She herself received her PhD from Simon Fraser University in 1996, and continued on as a lecturer and Field Practice Coordinator. She was appointed an Assistant Professor in 2001, and became a tenured Associate Professor in 2007. She is a regular presenter at numerous local and international conferences such as the Ron Wiebe Memorial Lecture and Dialogue series, two International Restorative Justice Conferences held in Vancouver, several David and Cecilia Ting Forum Lecture and Dialogue series, and many other similar restorative justice gatherings.

Through her work in penitentiaries, she connects offenders with students at Simon Fraser University making a direct and positive difference in their lives. She helps them explore the values and principles of restorative justice, true accountability, victim empathy, and healing. And she connects with them in a special way that brings them hope.

Beyond her work with offenders, she serves as a board member on, and/or advisor to, a number of community organizations that work to heal the harms caused by crime, and create safer communities.

In short, she brings amazing energy, commitment and vision to all she does in promoting restorative justice. Across diverse institutions and communities, she has created a legacy of healing and vision.

She is an inspiration of hope and strength – to students, practitioners, academics, volunteers, prisoners, and people working inside and outside the criminal justice and school systems – pushing us all to be compassionate and bring forward social change.

Throughout all the roles she has taken on – teacher, facilitator, examiner, interviewer, lecturer, moderator, researcher, writer, editor, coordinator, board member, executive director, and volunteer – she has influenced literally hundreds of students, colleagues and community workers in both their personal and professional lives.